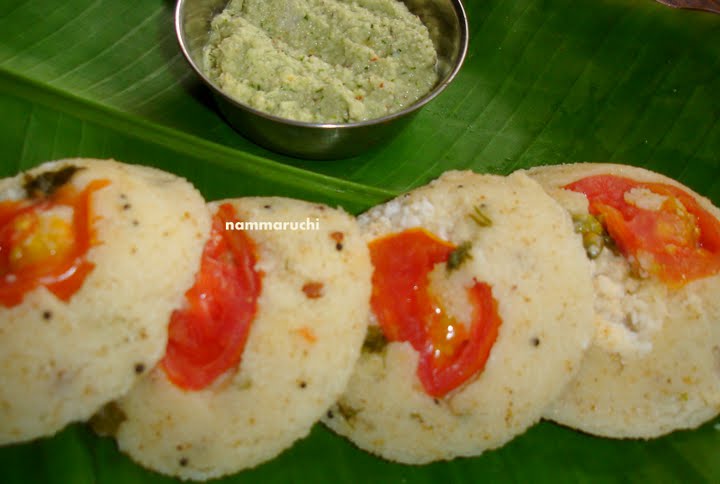 Rava idli is a speciality of the state of Karnataka in India and was invented by the popular restaurant chain, Mavalli Tiffin Rooms (MTR) of Bangalore.[1] Rava-Idli translates to semolina-idli in the native Kannada language.

During World War II, when rice which is the staple item used in idli was in short supply, Mavalli Tiffin Rooms experimented in making idli using semolina and hence Rava Idli was invented.

Heat the ghee in a kadai and add mustard seeds.

When they start popping, add hing, channa dal,uradal, dry
chillies,cashewnuts and allow them to splutter.

Reduce the heat,add rava fry until you get nice aroma.transfer the mixture to another bowl,leave it cool.

To the yoghurt add salt,greenchillies, coriander leaves, curryleaves and mix well,add this to rava mixture and add water to get right consistency.

Smear idli plates with oil.Place one tomato slice and sprinkle coconut and coriander to each cups on top of that pour the mixture to each cups.

Steam for 10-15 minutes in a pressure cooker (without whistle) like normal idli's.

Serve hot with coconut chutney.
Posted by Nammaruchi.blogspt.com at 08:37 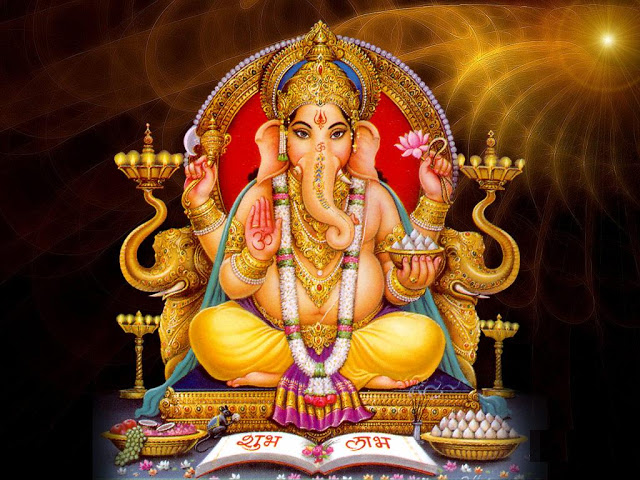 Hi,I am Leena from karnataka now living in U.K. with my husband and son.I am very interested in cooking and trying good,easy and delicious recipes from different parts of the World.So whenever I come through good recipes I would love to share my tried and tested recipes with you through my blog...Especially I want to share karnataka recipes which are very rare to find.I hope you like my Nammaruchi.Keep visiting for yummy recipes.